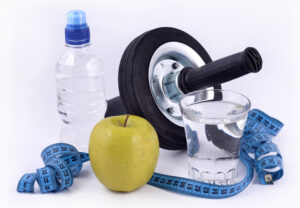 Obesity continues to be an alarmingly prevalent global public health issue. Countries worldwide have experienced a double or even triple fold increase in the rates of obesity in the last three decades. Obesity rates vary significantly by country and this is thought to be a result of different lifestyles and diets. Not surprisingly, Japan has one of the lowest rates of obesity at only 4% but the Japanese culture promotes eating a lot of seafood, fresh fruits and vegetables (which generally have high water contents) without a lot of added fat or sugar. There is no direct correlation between the obesity rate of a country and its economic status; however, wealthier countries tend to have more resources to implement programs, campaigns, and initiatives to raise awareness and educate people about what they are consuming. For example the United States, which has the 12th highest obesity rate in the world at 36.2%, has launched campaigns in recent years to promote healthier lifestyles and being active. Obesity rates can also vary significantly between states, ranging from 23% to 38.10%. This is due to the same dietary, environmental, and cultural factors that cause variations between countries. (World Population Review) While any and all measures to prevent obesity are of interest to many, it appears that the importance of fluid intake, either by drinking water or by eating foods with high water content, has been largely overlooked.

In rodent studies, increased water intake has been associated with body weight loss. The weight loss is hypothesized to be a result of decreased feeding and increased lipolysis (Thornton, 2016). Human studies suggest a similar effect as an increase in water intake has been associated with a decrease in body weight in both children and adults (Stookey et al., 2008, Daniels & Popkin 2010, Thornton 2016). Furthermore, water pre-loading or the addition of 500 ml of water before eating breakfast or a hypocaloric meal reduced energy intake in obese adults (Davy et. al., 2008) and increased weight loss in middle aged older adults (Dennis et al., 2010). While the mechanisms responsible for potential effects of preloading are unclear, we know that most hypohydration is a mixture of both intracellular and extracellular stimuli that drive behaviors such as the seeking out of both sodium and fluid. Further some studies report a connection between chronically hypohydrated cells and a decrease in metabolism (Thornton 2016).

Moreover, Chang and colleagues looked at a nationally representative sample of 9,528 adults from the Centers for Disease Control and Prevention’s National Health and Nutrition Examination Survey (NHANES). Approximately one third of the adults, including age ranges of 18 to 64, were inadequately hydrated (Chang et al., 2016). While no causal relationship was established, the study suggests a link between inadequate hydration and body mass index (BMI). They suggested that people with higher BMIs, who are expected to have higher water needs, might also demonstrate behaviors that lead to inadequate hydration, such as not drinking enough water or eating foods that have lower water content. Overall, there is increasing evidence that most people drink too little water in general, and increasing water intake may help people who are obese lose weight.
Interestingly, hunger and thirst have similarities in that they both can result in fatigue, irrationality, and even a headache. It is because the part of the human brain processes the two senses of “hunger” and “thirst” in the same area. With this precondition, it is not so easy for the brain to distinguish between the two, and sometimes even gives mixed signals, mistaking thirst for hunger, leading a person to overeat, bringing in excessive calories that the body might not need.

Overall, ensuring adequate hydration may be important when thinking about strategies to prevent obesity and maintain a healthy weight. Staying hydrated is important for many aspects of health and simple strategies like having fluids available throughout the day and or eating foods with high water content can improve hydration status. While numerous factors, including behaviors, activity levels and predispositions can affect your body weight, making sure you’re hydrated could be a good place to start!