Water is one of the fundamental ingredients for life on Earth and our bodies are made up of 50-70% water depending on different factors including age.  Water plays a role in many vital processes throughout the body including structure and cushioning, temperature regulation, lubrication, metabolism and digestion, and cardiovascular function. 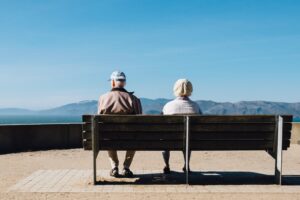 As with many things in science we know a lot about the importance of hydration in maintaining normal physiology from studying the effects of dehydration. This is very common as many research studies use inhibitors, or gene knockout mice etc. to understand the importance of something by studying what happens in its absence. We know that most living things cannot survive for too long without water.  It is still debated but some research suggests 3-4 days without water is the limit for survival.  That said, the effects of dehydration can start to be seen from about 1-2% body weight loss. Lack of fluids can slow down circulation, affect the flow of oxygen to your brain and cause your heart to work harder to pump blood, containing oxygen and nutrients all throughout your body. The effects of dehydration can show up in the form of dry mouth, dizziness, increased body temperature, fatigue, headache, or loss of appetite.  Some research suggests that chronic hypohydration may even have a deleterious effect on cardiovascular health.

While our body is more than 70% water at birth, it loses water as we age. Until about age 40, the proportion of total body fluids to body weight is about 60% in men and 52% in women. After age 60, with the loss of muscle and increase in fat in both genders, the proportion goes down to 52% in men and 46% in women. Older adults are also more likely to take medications, like diuretics, that cause extra fluid loss in the body. Additionally, the kidneys’ ability to remove toxins from the blood progressively declines with age and require more water to work effectively.

Meanwhile, our thirst mechanism undergoes substantial changes. Neuroscientists explain that the hypothalamus – identified as the body’s primary thirst center – monitors the blood’s concentration of sodium and receives inputs from blood vessel sensors that monitor volume and pressure. When the hypothalamus senses insufficient body fluid, it sends out a signal to drink. For reasons that scientists say aren’t yet clear, age tends to dampen this message from the brain. Recent data (2015-2018) from the CDC confirms the amount of water Americans consumed decreased with age. Water contributed to 57 % of total daily beverage consumption for adults aged 20-39, 50 % among adults aged 40-59, and 47 % among older adults aged 60 and over.

Older adults have thus been found to be at higher risk for dehydration and or hypohydration as they have underlying risk factors including, lower muscle mass, reduced kidney function, physical and cognitive disabilities, blunted thirst, and polypharmacy. Cross-sectional studies suggest 20-30% of this population have symptoms of hypohydration. Further water-loss dehydration is associated with higher mortality, morbidity and disability in older adults, although this is associative data, and more data is needed to establish a causal relationship.

Things you can do to promote hydration and healthy aging include having fluids available throughout the day and or eating foods with high water content.  For example, the water content of fruits and vegetables can be as high as 85%.  Eggs 80%.   Milk 87%.  So, drinking fluids throughout the day in addition to eating high water-content foods is the perfect combination in maintaining health hydration as you age or care for someone who is aging.